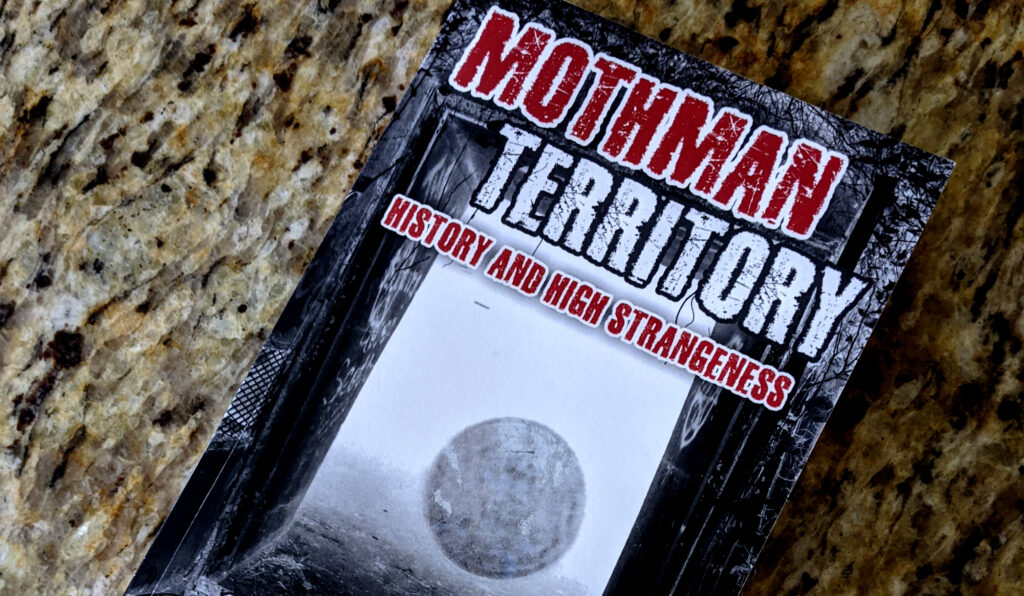 Point Pleasant, West Virginia—sheltered from the irascible Ohio River by an imposing, concrete floodwall and situated alongside a mysterious, WW2-era munitions facility—has long been heralded in paranormal circles as a nexus of unusual, unexplained, and otherworldly activity. Over the years, many books have been written about the “high strangeness” associated with this small town in the foothills of Appalachia, including innumerable tomes and volumes exploring the region’s resident bogeyman, the Mothman—a winged beast that once tormented the area.

George Dudding’s “Mothman Territory: History and High Strangeness” has at least one thing going for it that many of these other books do not. It was written by a man who was born and raised in Point Pleasant—a man who lived in Point Pleasant when the winged the Mothman terrorized the region—a man who remembers the hysteria and paranoia during that bizarre period in the late-1960s. Because of that, Dudding brings authenticity to his writing and a command of the facts and particulars of the case. Unlike other authors who have a tendency to sensationalize the story of Point Pleasant’s Mothman, Dudding keeps a level head throughout his survey of the phenomenon. In fact, Dudding maintains this level of shrewdness and composure throughout “Mothman Territory,” as he investigates not just the Mothman phenomenon but much of the “history and high strangeness” of southwestern West Virginia.

Dudding, who has spent a lifetime as a public school teacher (specializing in physics and mathematics) and working at a 911 call center, has developed a knack for getting to the heart of a story quickly and efficiently—presenting the most important facts of a case in a straightforward, matter-of-fact manner and with the dignity and grace of someone who’s spent a lifetime in a classroom catering to the needs of students. In fact, Dudding’s love for physics and mathematics is readily apparent throughout the publication: He begins “Mothman Territory” with a foray into Superstring Theory and geology (which are clearly two of the author’s passions) in an effort to explain some of the paranormal goings-ons that have stricken this area.

What Dudding didn’t already know about this region (having been born and raised in Mason County and currently residing in nearby Spencer, West Virginia), he has clearly meticulously researched in order to assemble this publication. But it is difficult to tell where the author’s own memories stop and his hard-won research takes over, which is a testament to Dudding’s ability as a writer. It is also a testament to his role as an expert witness to much of this phenomena himself, another thing that is exceedingly rare in this genre (and especially rare for those who have written about the Mothman phenomenon).

I can’t say enough about this work, which is clearly Dudding’s magnum opus (at least to this point—Dudding has written more than fifty books on the paranormal). Part history book, part handbook for West Virginia paranormal investigators, and part “trip down memory lane,” “Mothman Territory” offers something for everyone (including perhaps those with no interest in the paranormal but an affinity for Point Pleasant and “small town America”). Dudding also includes a number of photographs (all of which he took himself) and a touching foreword by the late Liz LaMac. “Mothman Territory: History and High Strangeness” is an instant classic and holds its own alongside the other notable works concerning Mothman and Point Pleasant. It is essential reading for those with interest in the subject.